Captain George Henry Matthews was a Mining Captain born in Cornwall. George was a son of Cornish Cordwainer, Thomas Matthews from Penzance. Thomas was a Master Boot and Shoe Maker. George often worked in conjunction with his father in law Captain George Prout.

George had at stroke at the age of 45 and never worked again.
George was 8 years old when he went to work in the Cornish mines.
The worked underground up to 2 miles out to sea off Penzance. George was a mining Captain.

George Matthews arrived in Adelaide on the steamer Cuzco 11 September 1880 leaving Plymouth on 7 August 1880 via St. Vincent and Cape Town.

George was working at Norsman when showing a new worker how to hold a drill point which was to be hit by a slidge hammer. The chap was a bit nervy and hit George in the head. George woke up in hospital in Perth after having a silver plate inserted into his scull.
George brought out with him from Cornwall a Mantle clock in 1880. It is 18 inches tall and 11 inches long. In 1925 it was over 200 years old. in 2013 it would be over 290 years old and still works. Lance Gordon Matthews had the clock up to the date of his death in 2010 and he used to runs it from time to time. It is very worn. 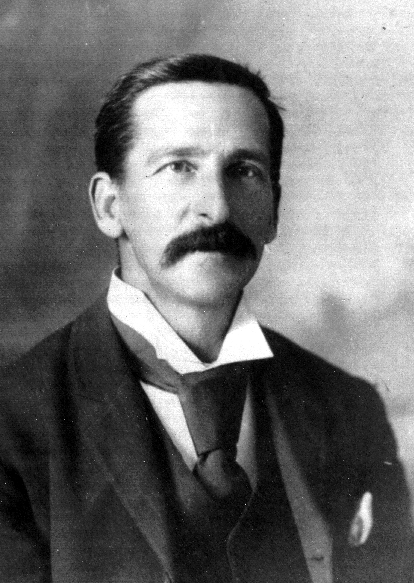 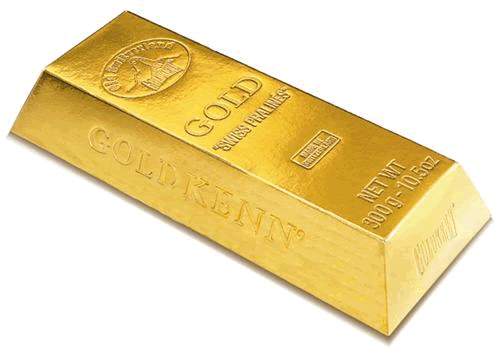 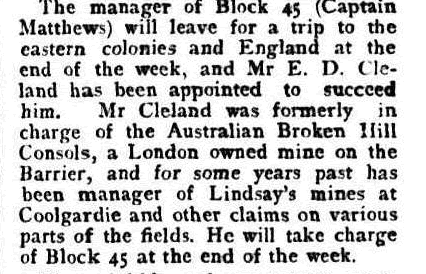 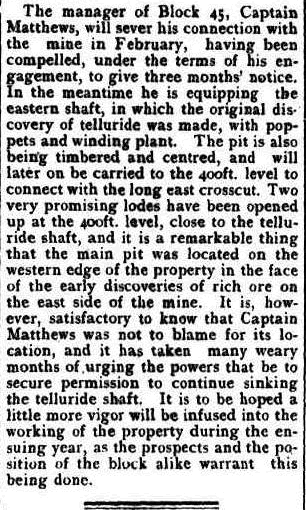 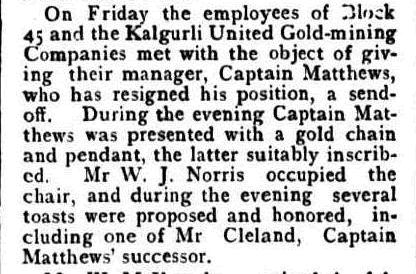 On Friday the employees of Block 45 and the Kalgoorlie United Gold mining Companies met with the object of giving their manager; Captain Matthews, who has resigned his position, a send off.
During the evening Captain Matthews was, presented with a gold chain and pendant, the latter suitably inscribed. Mr W. J. Norris occupied the chair, and during the evening several toasts were proposed and honored, including one of Mr Cleland, Captain Matthews' successor. 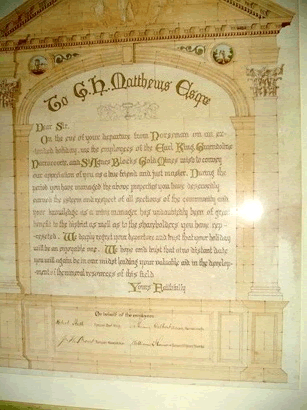 "To G. H. Matthews Esqu
Dear Sir,
On the eve of your departure from Norsman on an extended holiday, we the employees of the Earl King, Gwendoline, Narracoorte, and St. Agnes Blocks Gold Mines wish to convey our appreciation of you as a true friend and just master. During the period you have managed the above properties you have deservedly earned the esteem and respect of all sections of the community and your knowledge as a mine manager has undoubtedly been of great benefit to the district as well as to the shareholders you have represented. We deeply regret your departure and trust that your holiday will be an enjoyable one. We hope and trust that at no distant date you will again be in our midst lending your valuable aid in the development of the managerial resources of this field.

There were two copies of this plaque. One was destroyed and the remaining copy is held by Philip Roy Altorfer of Mount Gambier.

The manager of Block 45 (Captain Matthews) will leave for a trip to the eastern colonies and England at the end of the week, and Mr E. D. Cleland has been appointed to succeed him. Mr Cleland was formerly in charge of the Australian Broken Hill Consols, a London owned mine on the Barrier, and for some years past has been manager of Lindsay's mines at Coolgardie and other claims on various parts of the fields. He will take charge of Block 45 at the end of the week. 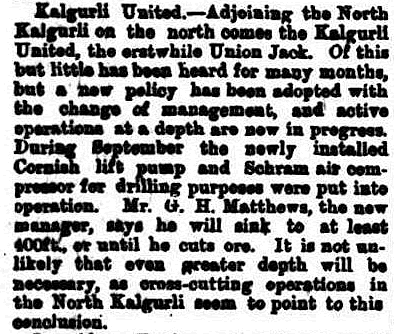 ( Check - Not sure which Captain Matthews)

Some Images on this site from Trove Newspapers